Believe it or not, I wasn’t always a PT – I used to work an office job. I actually really enjoyed it too. The company I worked for looked after us and were keen to ensure we were all happy little worker bees doing our jobs. One of the tactics used was having a Morning Tea where we all brought in a bread scroll, a $4 Coles Chocolate cake or if we were really lucky… someone would make cupcakes. If your life goal was to become obese and immediately diabetic – our office morning tea was the place to be.

However, it didn’t end there because we would have so much food that you would end up grazing on it for the rest of the day. One day isn’t so bad though, is it? IS IT?

The problem was that it wasn’t just one day.

It’s Sarah’s birthday next week – we’re having a cake and morning tea for her so don’t forget to bring in something for that.

Oh you remember Tracey in Billing? Which Tracey? The Tracey that was a total bitch to you about that account. She’s leaving on Friday so we’re having a send off for her.

By send off, you mean we’re shooting her into the sun? Good riddance. But I’ll still bring something in. Send her off with diabetes too so she can be a bigger misery somewhere else.

We never did find out who they were either…

SO MANY MORNING TEAS.

SO MUCH SUGARY TEMPTATION.

When I started my weight training, I seriously kicked my eating habits in the nuts and started eating properly. My team members and my close friends now know not to offer me bread because back then I would straight up say “I don’t eat bread – it’s a waste of my stomach”. Much to the amusement of everyone of course.

But sometimes people aren’t as accepting and will pressure you into having something.

How do you survive this horrific calorific battlefield? I mean, if you don’t eat Delma’s potato salad – does that you make a monster? Yes. Yes it does.. and I am so okay with this. So sick of her god damn potato salad.

Look – I completely understand that some of you might want to avoid rocking the boat and since dumping an entire container of potato salad on Delma’s head and ruining her perm might be frowned upon, some different tactics can be used to navigate and conquer this physique destroying series of events. Because it IS a series. There will never be just ONE morning tea. Saying otherwise is like believing that Donald Trump will cease being a sexual predator or that Tony Abbott will stop licking his lips like some weird lizardman.

It won’t ever happen.

So let’s give you some hand hints on how to keep it together and some tricks <font color=red>(highlighted in RED)</font> to definitely avoid.

1. Your birthday – Your Rules 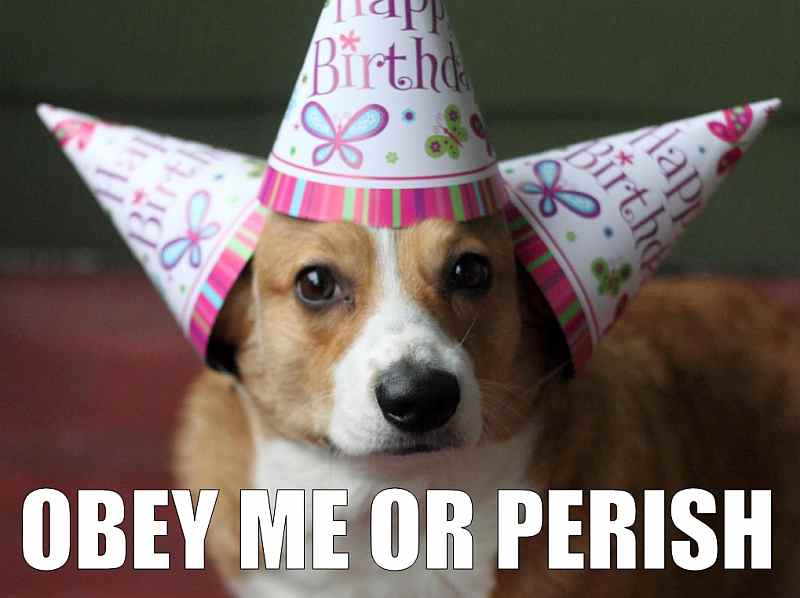 Cry if you want to.. OR set the standard and suggest a theme or a style of cuisine. Saying you would like a healthy theme to a morning tea for your birthday celebrations will have some serious swing because no one wants to upset the birthday boy/girl. By getting the team on board, it helps everyone and also can build team morale by collectively working towards being healthier.

<p style=”color:red;”>Demand compliance to your Birthday wishes! People will either submit in fear or not bring anything in at all and thus your temptation is removed! If that fails, you can simply flip the table, scattering all the sugary death treats on the floor and then no one has any – because is anyone REALLY going to eat something that has been on the workplace floor? You’d hope not. Buuut then again, you’ve seen Chris from the other team pick his nose and eat it too.

I hate Christmas pudding. Hate it. Loathe it. Please do not ask me to try it. On the other hand, Carrot sticks and very nicely made Hummus dip? I can happily chow down on that. So my plan would be to take a hummus dip and focus on snacking on this so it shows that I am participating and also eating something that isn’t destroying my healthy eating plan.

<p style=”color:red;”>FINE. I’ll eat your stupid Christmas pudding and your lamingtons and your double brie cheese and your Peanut Butter Cupcakes. ARE YOU HAPPY? Oh yeah I have a peanut allergy and I’m now dying! I hope your insistent food pressuring ways are satisfied now, Carol. This wasn’t even about you being generous anyway – you just wanted me to fawn all over your supposedly amazing baking skills but guess what Carol? I’m too busy feeling my airways closing up to think about how much of a f**king wiz in the kitchen you are.

Whenever we had morning teas, it was usually within the pod of office cubicles which actually made it somewhat dangerous in that it was so easy to just swivel around and to grab a cupcake and get back to it. There was no escaping it. Or was there? I made it a habit of going for walks to other departments, conveniently around those morning tea times. Sure, I could have called down to Customer Connections about a complaint I was investigating but in fact I was killing three birds with one stone. 1. I was avoiding the temptation of the junk food on offer at the morning tea 2. I was getting some physical activity by walking to another floor and 3. Face to face interactions often build rapport which is very important when dealing with other departments!

<p style=”color:red;”>Complain about feeling unwell or possibly accuse Suzan of trying to poison you. That way you might be able to go home or at the very least go lay in sick bay or somewhere just not where the food is. Feigning a sugar allergy and then pretending that someone falsely lead you to believe there was no sugar in something could result in morning teas being healthier or ever banned altogether! WINNING!

4. Be open with your team and let them know about your goals

When I began my fitness journey, my team knew all about the rocky year I’d had and were surprisingly enthusiastic towards my new found focus and goal. Excluding the ritualistic effort to sacrifice bread to me (DENIED), other food choices were changed to suit and support.

In fact, we had a stretch bell at work. If the bell went off, we were all meant to stand up and have a stretch, except me – I had to get down and do as many push ups as I could. Sarah in particular was awesome at monitoring my push up progress. Bless her.

<p style=”color:red;”>Don’t tell anyone about your fitness goals, your hopes, your dreams or more importantly why you have become this work place recluse and you hiss at people if they approach you. The complete 180 in your demeanour will likely ensure that your bothersome colleagues keep their distance and you keep your figure.

I will be completely honest in that my journey to learning how to say “NO THANK YOU” has been an interesting one. From being someone who used to not be able to say NO to people, I now know how to stand my ground and if the person is annoying enough – I can say it and horrify them at same time. Let’s put it this way, poor Fernando from that hand cleanser kiosk at Garden City won’t be so quick to shake my hand and ask me why my hands are so filthy next time. You don’t have to traumatize poor exchange students with your pretend pornography addiction and subsequent lack of hand sanitation – but sometimes a firm No and a very good reason as to why can help it sink in.

Declining food is character building. Saying No Thank You and standing by it is a must these days. If someone insists, be true and honest with your reasoning. Or if you simply don’t have time for Suzan’s shit that day, complain that you aren’t feeling well. If you feel it necessary, explain that you don’t want to proverbially firebomb the toilets and hopefully that will be enough. Not only do you get your message across, it will be seen that even though you aren’t feeling the best, you are still there working away – like a real team player. WELL DONE!

If Suzan insists on you having some Pavlova, tazer her. Tazer her and you keep tazering her until she gets the message. Which might take a while based on how many mistakes she continually makes. Have a change of batteries at hand, actually. Keep the tazer at your workstation and leave it out on public display during morning teas. If anyone forgets the severity of their peer pressure based indiscretions or they look like they are about to – just pat it gently or fire it up and let those sparks and zappy noises serve as a warning. Just like a Bond villain stroking their Persian cat, you can sit there eyeing off possible threats to your eating plan or any time you don’t want to be disturbed – which is likely always.

Ultimately, who you will work with will determine how challenging it is to make morning teas a bit less damaging to your health and fitness goals. It is vital to remember that you can decline offers of food and proactively bring in food that suits your nutritional requirements. If your work mates would prefer to eat themselves into an early grave – their choice and your possible promotion! Though hopefully they will realise how smart and amazing you are and get on board the healthy eating fun time wagon of success.

Need some good morning tea ideas? There are plenty to choose from in our Member Section! 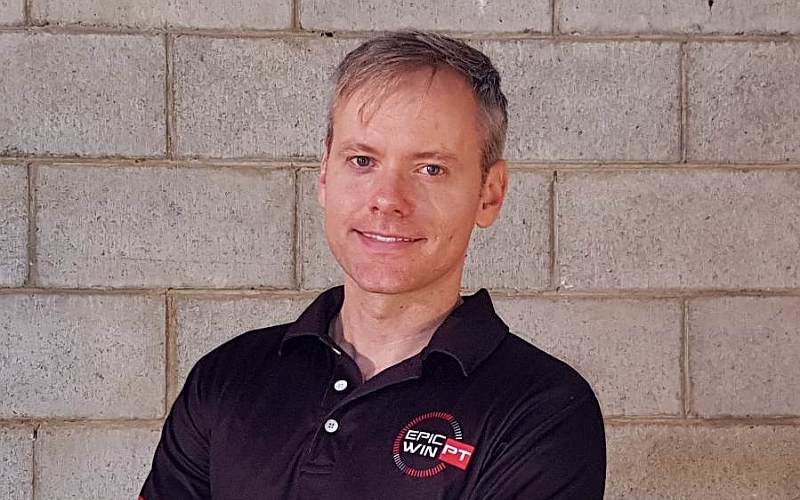